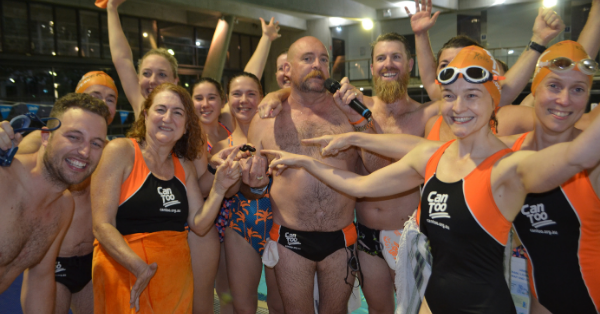 Beating an Olympic athlete in the pool is only a pipe dream for most swimmers no matter how much they follow the black line. However, for a selection of Can Tooers this fantasy came true this week, at the ‘Monthly Swimmers’ vs Can Too handicapped relay race, on Wednesday evening.

The David versus Goliath contest between former elite swimmers and current Can Tooers at the Monte Sant' Angelo Aquatic Centre, North Sydney is a special fundraising event. The proceeds will fund the Pod (training group) that attends the North Sydney pool and Manly Beach sessions in Can Too’s Summer Learn to Ocean Swim program.

The team of Can Too swimmers showed that they CAN TOO achieve goals they once thought impossible by winning the race for only the 2nd time, in the event’s six-year history.

The handicapped relay featured stars of the sport from the ‘Monthly Swimmers’ group, whose name is derived from a monthly meet-up swim they have done for over 20 years and where they tell tall tales over burgers and beer (often the same ones!).

To step up the intimidation levels, they all grew moustaches for the event! The impressive line-up included:

Veteran Can Too Swimming Coach, Jon Bell set the handicap at 1min, 15 seconds to give the Can Tooers a fair chance of winning the 13 x 25 metre relay.

Jon announced the news post-race that the Can Too team officially won by a body length.

“I love this annual event,” said Jon. “It’s an amazing opportunity to get a cross section of swimmers together all under the umbrella of a great cause.”

“Can Too isn’t about being the fastest, it’s about challenging yourself, be that with fundraising or swimming.

“I’ve been coaching Can Too swimmers for 14 years. It’s so rewarding, helping to raise money for cancer and nurturing people to reach their goals.”

He added that it was so great to see Can Too Swimmers such as Victoria Kvisle (pictured above second from the left) improve so much to take part in the race.

“I loved every minute of the race, my second time taking part in the event, even though I was scared stiff at first, everyone in the team is so supportive.”

Team Captain Teri Anderson was also thrilled to be part of the winning team.

“I love competing and I’m super excited that we beat those champions,” said Teri.

The Monthly Swimmers representative and Can Too Acting Chair, Simon Buckingham congratulated the Can Tooers when he officially handed over the relay champion trophy/corkscrew to Can Too Champion, Kieran Gallagher, which was greeted with loud cheers from the winning team.

“We’re prepared to hand over the trophy, but we will pursue all legal avenues possible to investigate the handicapping,” joked Simon.

“But seriously, I have to wear two caps tonight and am absolutely delighted to see the Can Tooers take a hard fought victory after five years in the wilderness – but the Monthly Swimmers will be ready for them next time!”

Kieran replied that it’s the ‘Can Too teamwork that makes the dream work’.

“Thank you to the Monthly Swimmer legends for raising funds to fund Can Too’s Learn to Ocean Swim program,” said Kieran.

The event raised over $20k which will be invested in the 14-week Summer Learn to Ocean Swim program to fund cancer research.

Over the six-years that the Monthly Swimmers have held the fundraising event, they have raised over $100,000 They were inspired to create the relay race and to help beat cancer when ex-President of the ‘Monthly Swimmers’ Donny Richmond’s father was hit by prostate cancer. He sadly lost that battle, but his memory lives on.

You can donate to the Monthly Swimmers special event for the Can Too Foundation here.

See some photos from the ‘Monthly Swimmers’ vs Can Too handicapped relay race below and a video of some of the action.

If you’re inspired to dive into swimming and to help kick cancer, the Autumn Can Too Swim program opens soon.

The professionally coached training program provides a safe, supportive environment which prepares participants for a 1 or 2km ocean swim, or an intensive six-week program for experienced swimmers to tackle the Balmoral Swim for Cancer (5km) event on Sunday 28 March. The Autumn swim program aims to raise $100,000 to fund an early career cancer researcher.

Find out more about Can Too’s swim programs: https://www.cantoo.org.au/swim 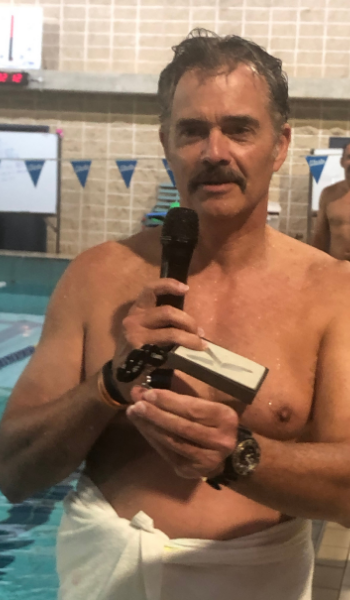 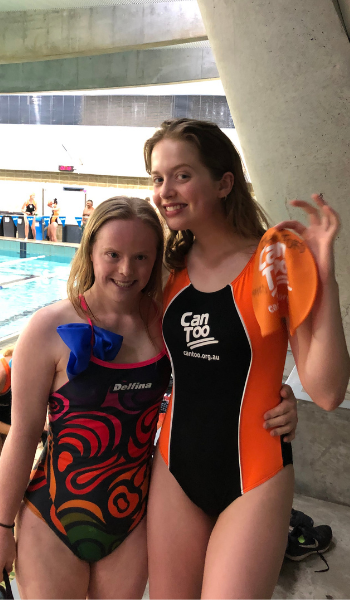 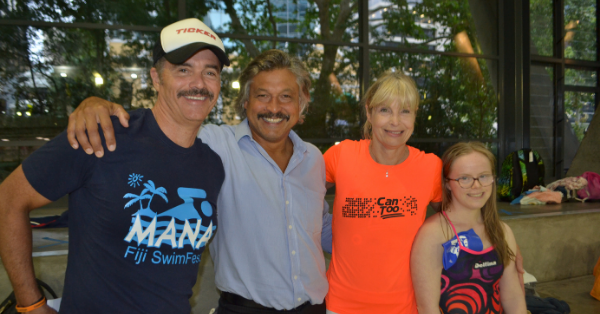 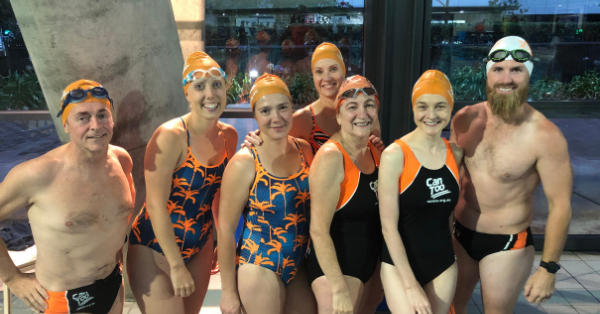 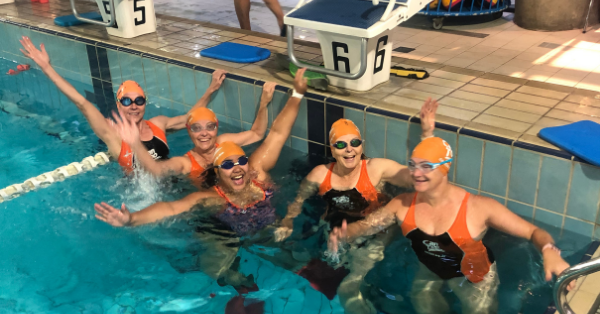 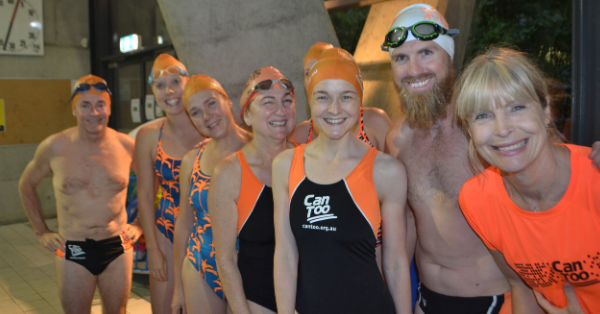 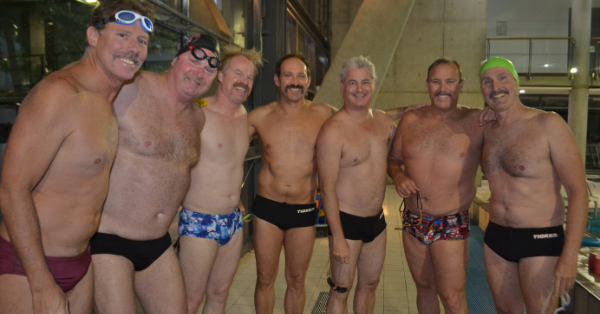 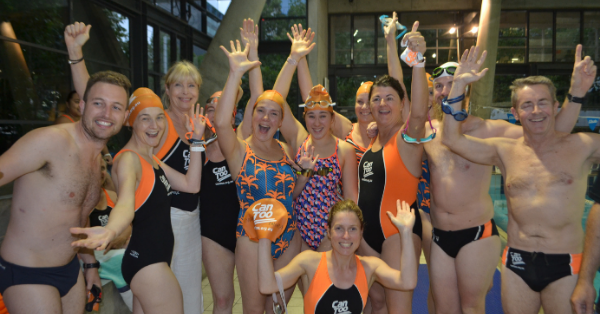 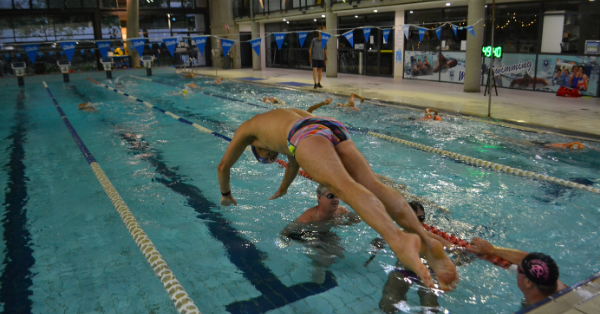 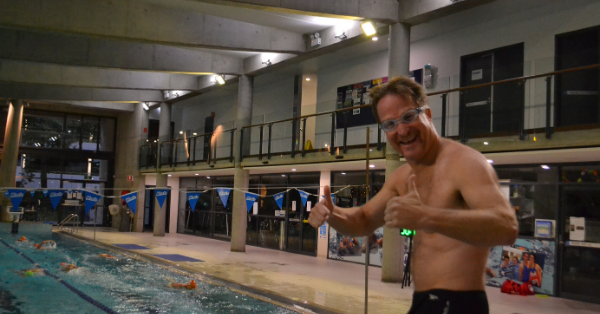 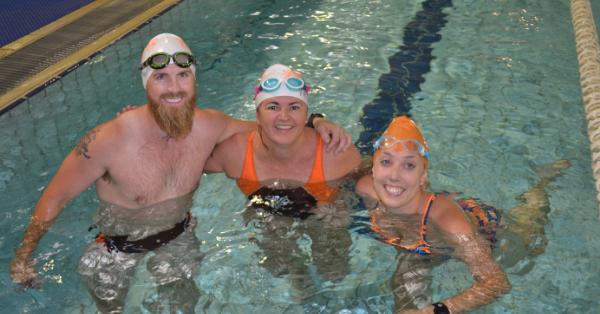 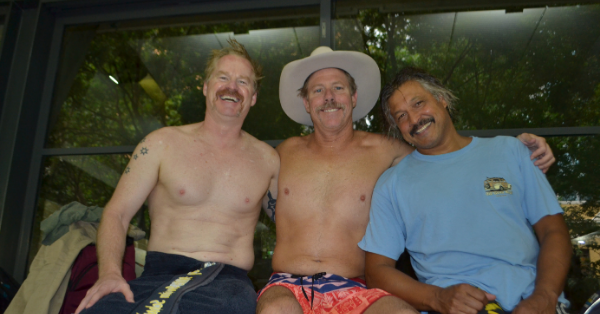