Message from the CEO: December 2016 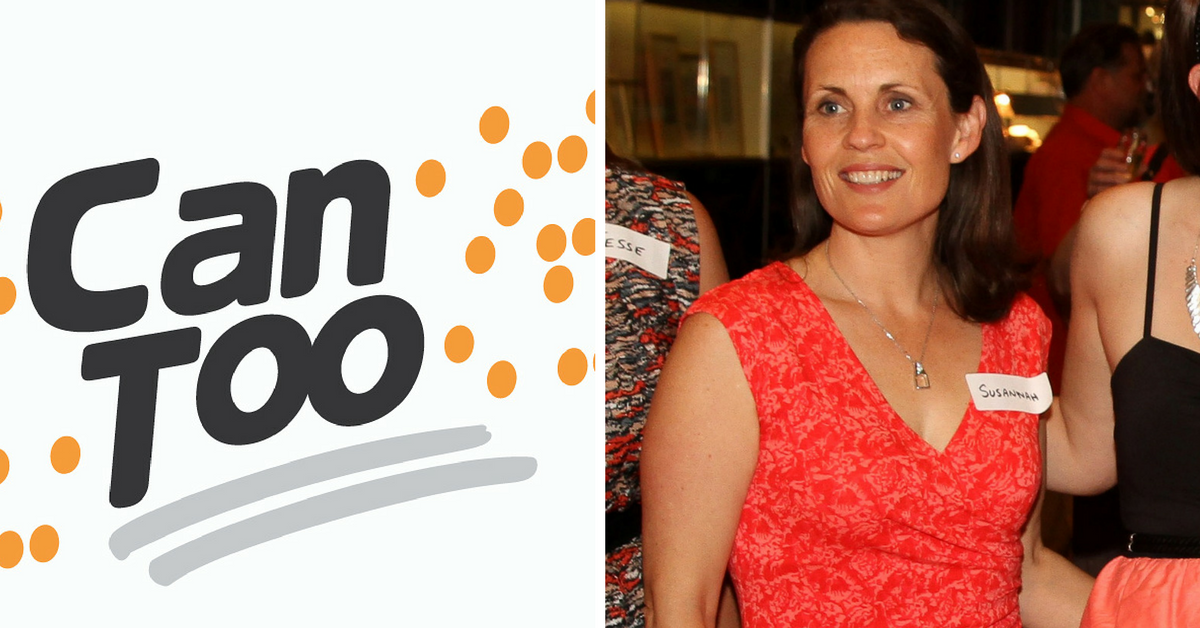 To our inspiring Can Too Community!

With the end of year in sight, it’s a great time to reflect and celebrate what we have achieved together this year. Thank you for your incredible contribution to Can Too in 2016; for your constant inspiration, your support of others in their training and goal events and for the community you create every week on a track, in a pool, at the beach, out on a long run or on a bike.

Most importantly, thank you for believing in our vision of transforming lives through fitness and fundraising for much needed cancer researchers.

For so many of us, we will also be facing the festive season a little apprehensively as we remember and miss dearly those who are not with us. I hope at those times you find a little comfort in your own fitness and fundraising achievements undertaken in their memory. The legacy of over $2million raised in 2016, will continue to change research outcomes and give hope to families facing a cancer diagnosis in the future. Thank you for that enduring gift from all those that will continue to benefit long after the festivities are over.

To recap on some of the highlights from this year:

Dr Phoebe Phillips, first funded by Can Too as an early career researcher in 2009, now as the head of a major research project with Cancer Council NSW in 2016, has made advancements to unlocking the potential to treat pancreatic cancer.

Professor Neil Watkins, funded in 2016 with Cancer Council NSW as the head of a major research project, has shown that a specific molecular pathway, called the Hedgehog pathway, is involved in osteosarcoma. By understanding the Hedgehog pathway and its relationship to osteosarcoma, Professor Watkins and his team are laying the foundation for a clinical trial on this therapy.

Professor Richard Payne, funded by Can Too in 2014, was awarded one of the Prime Minister’s Prizes for Science, the 2016 Malcolm McIntosh Prize for Physical Scientist of the Year 2016 for his revolutionary drug development technologies.

Dr Laura Bray, funded by Can Too in 2016, was nominated by Women in Technology (WiT) for a Rising Star Award.

The shortlist of amazing and inspiring cancer researchers being funded by the Can Too Foundation is normally finalised in January and announced in February. Please keep a close eye out for this announcement in the new year.

You can also view a full list of researchers funded by the Can Too Foundation since 2005 here.

Give the Gift of Cancer Research

In addition the generous funding from Principal Supporter Macquarie Group Foundation and our Centurion donors, the Can Too Foundation relies on financial support from the broader community to activate fundraising for cancer research through continuing to deliver our health promotion initiatives.

If you are thinking about donating to a cancer charity this festive season, please consider a donation to the Can Too Foundation. A report commissioned in 2015 by independent consultants estimated the Social Return on Investment (SROI) of Can Too at $3.58 for every dollar invested.

Can Too has been appointed as the official charity partner for the Australian Triathlon, Endurance & Cycling (ATEC) Show when it moves to its new home at Royal Hall of Industries in Sydney's Moore Park on 9 – 10 September 2017.

ATEC is Australia's premier event celebrating the endurance lifestyle. ATEC attracts thousands of cyclists, runners, swimmers, triathletes and endurance sports enthusiasts to interact with the latest product innovations from leading brands; learn from industry influencers and inspiring athletes, and take part in the many interactive and entertainment opportunities of the show.

Both ATEC and Run Nation Running Film Festival have partnered with Can Too as their official charity for 2017. Through both of these events, Can Too will have the opportunity to raise awareness and funds for cancer research.

ATEC has established a solid position in the endurance lifestyle market place among brands and active enthusiasts and therefore strengthens the Can Too Foundation in it’s third year of operation as independent health promotion foundation.

The ATEC Show is a community-driven event and they’re seeking feedback from people like you to co-create the event and to build a brand new, online, endurance platform for you. I encourage our whole community to provide input and complete the ATEC experience survey online.

Office Hours Over the Holidays

We’re giving the Can Too office staff a much-deserved break after what has been amazing year of achievements. We’ll be finishing for the year on Friday 23 December and will be returning on Tuesday 3 January, fresh and fearless, and ready to take Can Too to even greater things in the new year.

Yours in fun, friends, fitness and fundraising,

Susannah Miall
CEO – Can Too Foundation