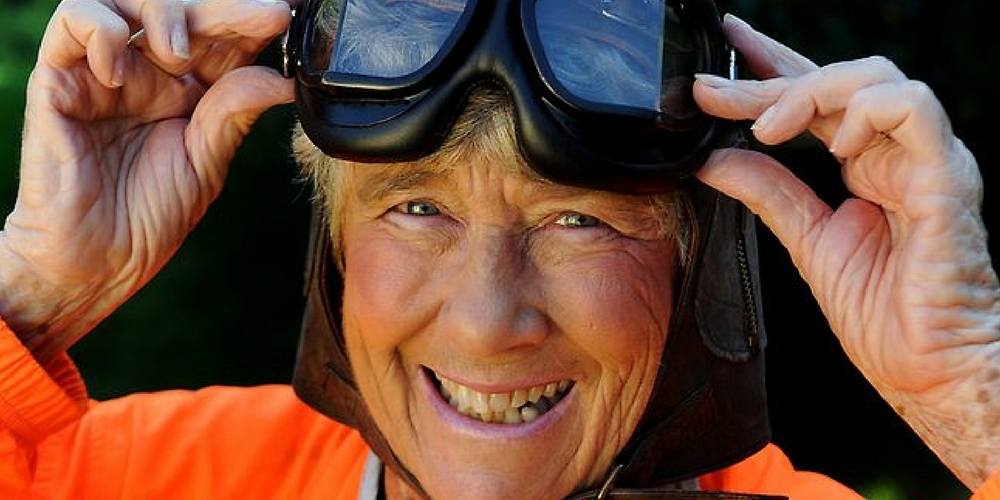 Whether you’ve participated in a swim, run or triathlon program – no doubt you’ve come across Margaret-Anne – Can Too’s highest fundraiser.

When she’s not speaking at pods or hitting the high notes in the Can Too Sing program, Margaret-Anne has been busy trying to achieve one of her biggest goals – raising $250,000 for cancer research collectively with the Can Too Foundation and the Kolling Institute. From half-marathons to jumping out of a plane, she’s stopped at nothing to reach her goal.

Margaret-Anne's inspiration comes from the loss of her son and joining the Can Too community. “I transferred the grief for my son towards encouraging others”, says Margaret-Anne.

Margaret-Anne has pushed her limits in the past as a participant training with our Can Too programs running ran her first half-marathon at 68, ran her second at 69, a number of 10km run events and has completed a 1 kilometre ocean swim. She has been a pod champion and a Can Too Pod Supporter – raising vital funds specifically to cover costs of fitness programs and maximise the return to cancer research at the end of each year.

Although Hayes has outlined her hatred for running in the past, she recalls the feeling of her first marathon “all the hairs on my neck stood up as I came into the finish line.”

Winner of the Ku-Ring-Gai Local Woman of the Year Award, Hayes raised $150,000 by shaving her head in 2014, following the news of two friends’ cancer diagnoses. “If they are going through that, then I could shave my head,” she said.

Today, Margaret-Anne loves being active and when she isn’t training for her next marathon, she can be found selling home-made chutneys, operating garage sales and markets, afternoon teas and dinners, film evenings and more, all in a bid to raise money for a cause close to her heart.

Margaret-Anne Margaret-Anne brings a determination to fundraising that has rarely been seen and this is reflected in her amazing achievement.