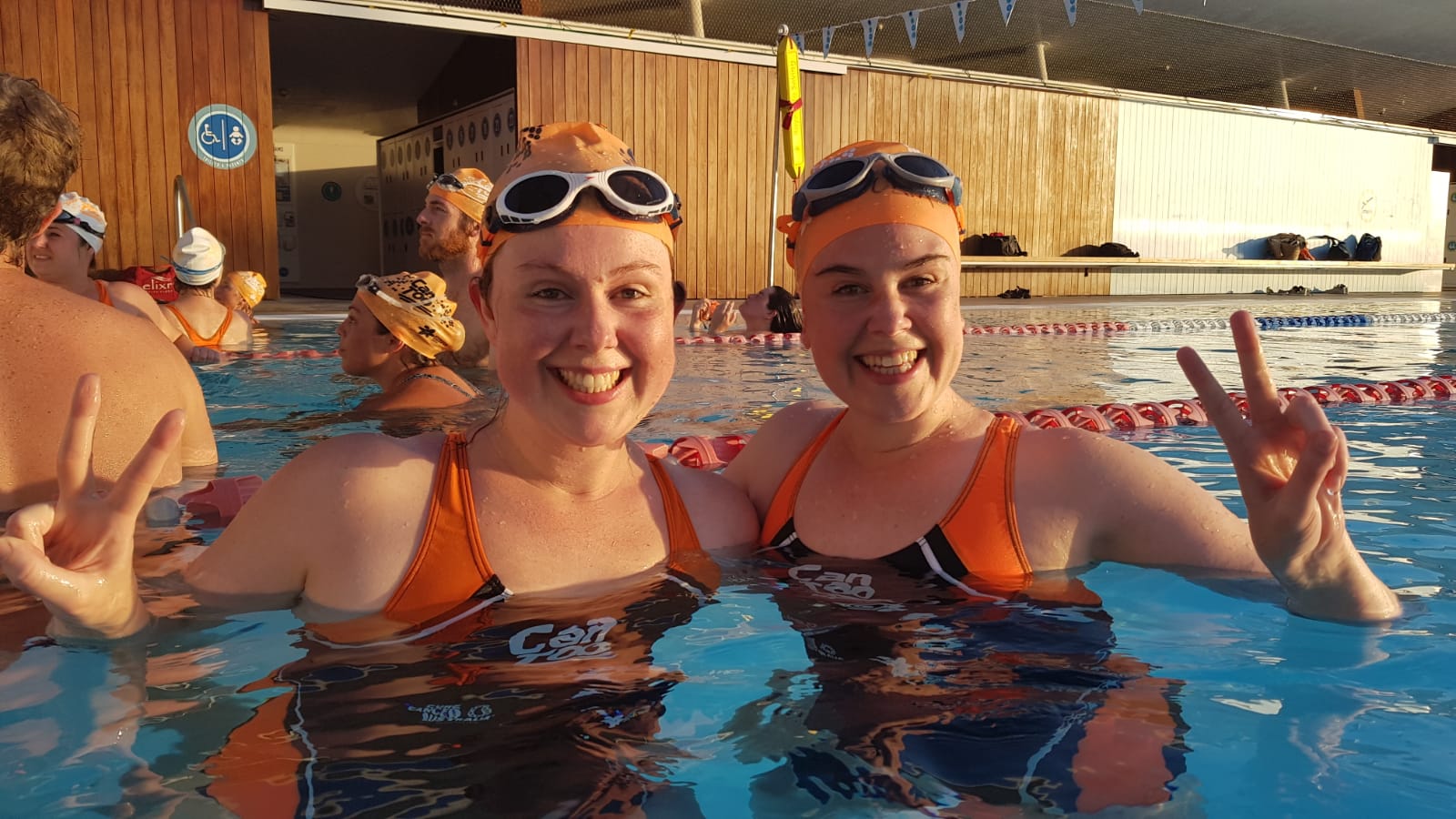 Sisters Julia and Claudia Harley are looking forward to show that they Can Too complete a two kilometre ocean swim together -- their fourth time lucky attempt soon.

They were committed to doing the Bondi Blue Water Challenge 2.1km swim on Sunday to commemorate the Can Too Learn to Ocean Swim program they’ve completed after suffering a couple of event day setbacks. However as ocean swimming is at the mercy of the weather gods unfortunately the Bondi swim was postponed to Sunday 28 April, 2019. But they're looking forward to conquering the 2.1km swim then.

Previously only 800 metres from the Whale Beach shore during the 2.8km Big Swim, rumoured to be up to 3.3km, last month Claudia had an adverse reaction to some medication for a sore neck preventing her from completing the swim. And the second official Can Too ocean swim, the North Bondi Classic, was cancelled due to rough conditions a couple of weeks ago.

Claudia’s big sister Julia re-tells the story of their Big Swim attempt where the water safety and fellow participants were so helpful and supportive whilst Claudia was struggling with illness.

“It was very hard for Claudia to swim and vomit at the same time,” joked Julia. “But the water safety crew and fellow participants were phenomenal.”

A participant offered to swim with Julia to support her back into Whale Beach after Claudia recovered on the surf life-saving boat, she was fine afterwards but made the right call at the time.

“I swam the best I could by myself – it was the toughest thing I’ve ever done. I was getting tired and thinking ‘why am I swimming after I lost the person I was doing it with?’ It was lonely out there.”

The Investment Advisor then found her determination thinking about the people that sponsored her and her client who has been diagnosed with breast cancer.

“Then the sun came out it was like a movie scene where the dolphins help the character to finish.”

She’s now looking forward to completing the postponed Bondi Blue Water and Mollymook swims in April and Byron Bay in May, all with her sister. Julia was looking for a way to get fit and was inspired to learn to ocean swim after spending many family holidays watching her father complete the Byron Bay swim race.

“We were both working long hours and were stuck in the work-home-repeat routine so were not doing enough exercise.”

They choose Can Too after hearing of a friend’s positive experience where it was a social activity, fitness program and does good by raising money for cancer research.

“We didn’t know what to expect at the first beach session, our coach Tim Lindop, energy champion Lizzy Walsh and team captain Ian Reynolds were fantastic, we couldn’t ask for more. I was blown away by the level of water safety and coaching at the beach, we always felt safe.”

“They said that ‘it’s OK to feel nervous’, so then the nerves quickly left.

“We’ll definitely do a Can Too swim program again, I was the one pushing to do it and Claudia came along for ride, but then after the North Bondi Classic was cancelled, she said ‘let’s do this again next year’. I bought her a swim watch so she can track where we’re swimming and see how true to the course we swim in our upcoming races.”

They were also struck by how many people sponsored them from their workplaces, which became a competition between the pair to see how much money they raised for the Foundation, which Claudia’s currently winning with over $2,000.

I couldn’t recommend the Can Too program enough, when I finished at Whale Beach a fellow Can Tooer was congratulating me then my mum asked me what time I did, a supportive Can Tooer cheerfully said ‘she did her finish time’.

“That’s the Can Too way: it doesn’t matter what time it takes, it matters that you did it and conquered a goal you never thought you could do before.”

We’ll do the Palm to Whale Beach swim next year to show that we can do it together.