This August sees a special group of Cure Cancer Australia and Can Too Foundation supporters take part in a visit and lab tour of the famous Peter MacCallum Cancer Centre in Melbourne.

Cure Cancer Australia has multiple associations with the centre, having funded a total of fourteen Cure Cancer Australia grants, twelve supported by the Can Too Foundation, at Peter Mac in the past 8 years, including Dr Clare Slaney in 2012 and 2016 - 2017. Peter Mac is also one of the hospitals where A/Prof Clare Scott, Board Director and Chair of Cure Cancer’s Research Committee, sees her patients.

“Immunotherapy is the first totally new treatment modality for cancer in over 50 years and it is already revolutionising cancer care as we know it.”
– Prof Joseph Trapani

So What is Immunotherapy?

How the Immune System Works

The immune system protects the body from infections. It’s made up of a network of cells and organs including the tonsils, lymph nodes, appendix, thymus, spleen and bone marrow. 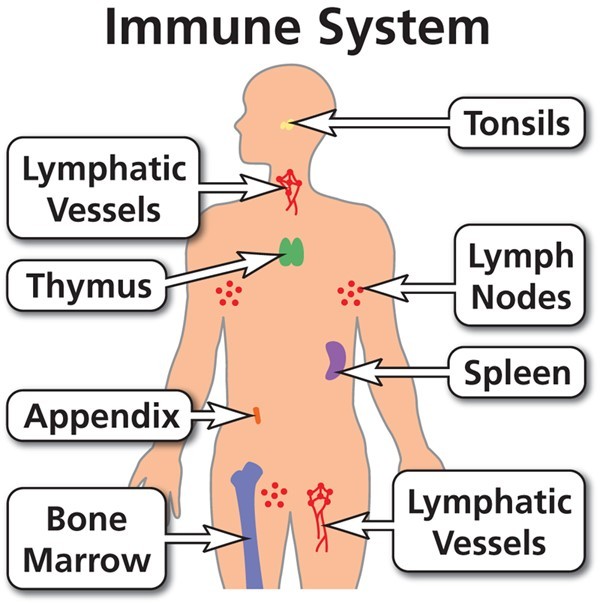 Cancer and the Immune System

Our Researchers Working In Immunotherapy

Our lab tour was hosted by current grant Dr Clare Slaney and her colleague, Cure Cancer Alumnus Dr Paul Beavis, who was supported by the Can Too Foundation in 2014.

Clare, who currently has her second grant from Cure Cancer Australia, and her third year of support from the Can Too Foundation, is working to develop immunotherapy for breast cancer patients. Her long-term goal is to become the leading breast cancer immunologist in Australia.

Paul is also part of a team investigating how to genetically engineer a patient’s immune system to target cancers. They have recently discovered a new method to enhance the potential of this therapy, and the discovery provides the potential to uncover more effective treatments for a range of cancers.

The recent findings from Paul and his team at Peter Mac show that combining CAR T cells with drugs that block an immune suppressing metabolite called adenosine can enhance their efficacy in solid tumours, such as breast cancer. The team is now hoping to initiate a phase 1 trial for the treatment.

Clare’s overall aim is “to understand how the characteristics of tissue in and around cancers can affect how well immunotherapies work,” she says. “I’ll determine why tumours in different parts of the body respond differently to immunotherapies in models of cancer and examine the microenvironment of human tumours from individual patients. This will give us further information about how we can apply our treatment to people.”

Immunotherapy is not yet as widely used as surgery, chemotherapy, and radiation therapy, however, immunotherapies have been approved to treat people with many types of cancer.

Immunotherapy can be given in different ways, including:

Immunotherapy that is available now includes Immune Checkpoint inhibitors and Immune stimulants. There are new types of immunotherapy in clinical trials including Adoptive cell Cytokines and Oncolytic viruses.

Other Treatments Which Use the Immune System

Vaccines help train the immune system to prevent cancer. There are successful prevention and treatment vaccines, such as human papillomavirus (HPV) vaccine, used to prevent cervical cancer, and vaccines against hepatitis B and hepatitis C viruses which help prevent liver cancer. So far vaccines have not been successful for treatment, but there are many scientists working on this approach for patient care.

While immunotherapy is the ‘hot topic’ in cancer treatment, scientists remain uncertain about why it works so effectively for some patients but not at all for others.

This is why we continue to invest in this ground breaking cancer research.