How to fundraise for charity 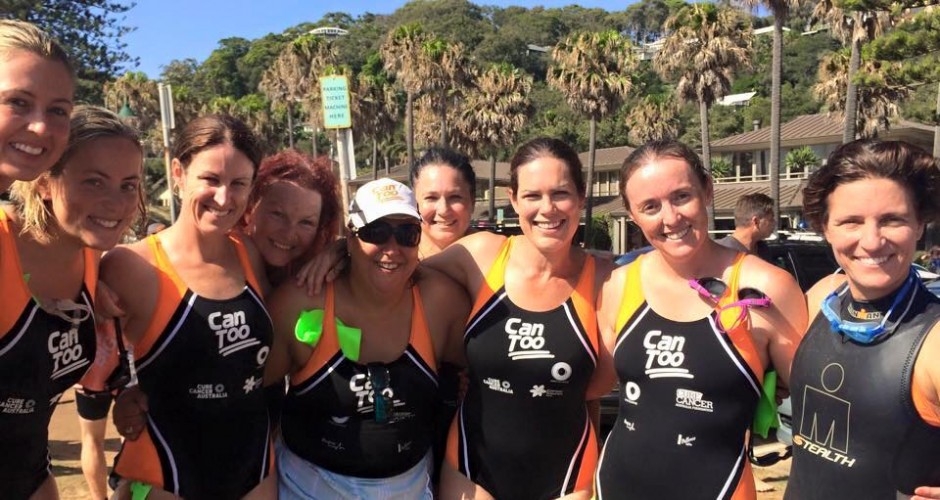 I’ve fundraised a little bit in my time on this earth. Since 2011, I have been involved in Can Too, a health promotion charity, which fundraises for cancer research. Participants sign up for an endurance event, and in turn for training, pledge to donate an amount, usually $1,250. Can Too has nearly raised $17,000,000, an amazing contribution to finding a cure for cancer, with Australian researchers being top at their game. With the government pulling funds for research it’s more important than ever.

Here is some stuff I’ve learnt about the fine art of fundraising.

Haters going to hate. Ignore them. Move on.

It is actually quite strange the things people say to you when you tell them that you are fundraising for charity. I’ve had people tell me ‘they don’t believe in cancer research’ or that ‘cancer research gets too much money’ or, wait for this, I actually had a boss that told me ‘not to fundraise at work’. My advice is, ignore these humans and move on to people who support you. If you can drop in a few facts about your cause in the meantime, then do. It takes $100, 000 to fund a researcher for a year, this is some of the breakthroughs they have had, and so on. Whether you get their support or not, you may plant a seed. On the other hand, don’t push people either, there are a lot of causes out there, and people often pick what they can donate to.

Tell a story with your emails – and say thanks

This is my good friend Dani. She has raised… wait for it… $40, 000. She is amazeballs. I am always in wonderment at the lovely messages she has going on Facebook and with her emails. She is always telling stories, about her experience, about the cause, and thanking everyone. People know where their money is going, how they can find out more about Can Too, and are engaged in her journey. More importantly, they will know when she reaches her goal and how she went in her event. Take supporters on the journey with you.

Cast your net far and wide

I have had best friends never support my fundraising efforts. And that is fine. Like I said, it is not for everyone.  Then people who you least expect it, will sponsor you. People from school I haven’t seen in hundreds of years, that old work colleague, ex-friends. People you do NOT expect will end up being your biggest supporters. Email everyone in your list, put it on Facebook. For someone like me, who is a person who donates to a few charities, the way I do it is when I am reminded and I see that someone is doing something. You might just get someone who hasn’t donated to a charity all year!

Use your skills and be creative

There are so many ways to raise money without actually asking people for money. This will be my 6th Can Too program, and it’s time to be creative, because people do get sick of those emails. I’ve done things in the past like made lunch for people at work, sold Christmas cookies, held morning tea, a raffle, sold chocolate, asked for donations instead of birthday presents, you name it. This year I’m holding a clothing stall at a market with a friend. I’m also having a Winter Solstice fundraiser, involving yoga and chocolate…. stay tuned for the details. Others have e-bayed things, had comedy nights, a skills auction (people donate their skills and action time), the possibilities are endless.

Ask those YOU support to support YOU

This goes both ways. If you’ve supported your friends for shaving their heads, riding a tuk-tuk through India (yes I had a friend do this) or running the New York marathon, ask them to support you! At the same time, when looking for prizes for a raffle, think about those you know, with skills that they could donate. Ask your local pub for a voucher, your favorite restaurant, your beautician or your hairdresser.

People will support YOU as you support their business, year after year. (It’s also a good promotion for them as they just might gain a new client or two.)

This article originally appeared on My Meow, where you will find a dose of life, travel tips, things we learn along the way, and of course, the odd cat story.