Facing My Fears As A First Time Fundraiser

Ella is completing her first ever Can Too Ocean Swim training program to face her fears and make a splash for cancer research. Before the program even began, Ella managed to raise her fundraising pledge. Here’s how she did it.

I felt really excited and motivated to get onto the fundraising as soon as I signed up, but it did take a bit of courage to bring it up at work... I was so nervous about answering people's questions or people being annoyed by me, but everyone's been really great about it. I found it easy to share on my social media accounts and tried to make it fun and interesting by having a friend take some photos of me decked out in floaties, etc. I'm really not the world's greatest ocean swimmer... 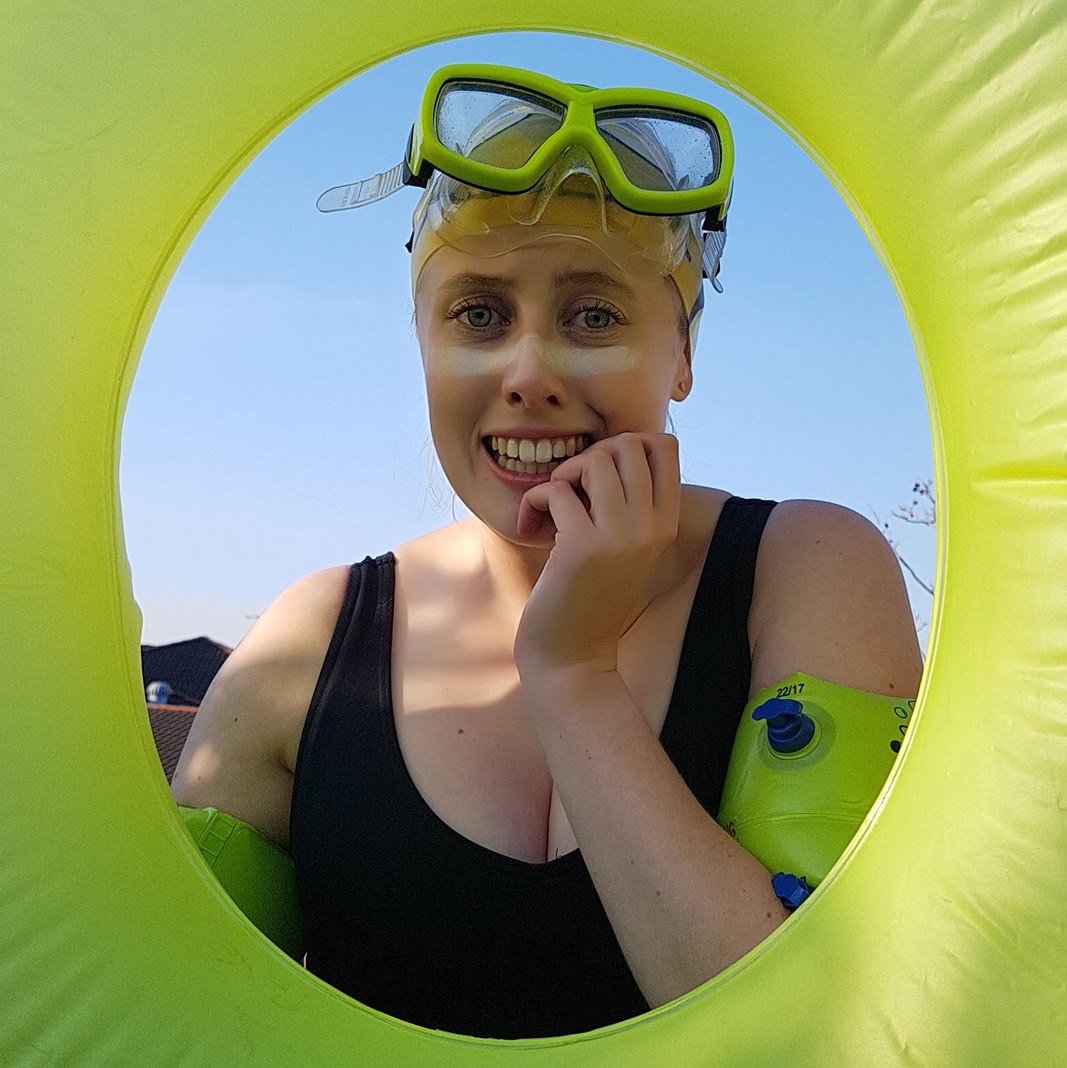 I started the conversation by simply sending an email to the whole office telling them a bit about the ocean swim program and why I'm doing it, plus that I'd put cookies in the lunchroom that morning... I sold them all in 4 days or so, and the next time I made them they were gone in 3! I've found my Chocolate Chunk Cookies to be a hit (recipe at the end of this post). They're cheap and easy to make, and everyone loves them! I leave them in the lunchroom with a little jar for money, thankfully I feel as though I can trust people in my office with an honesty system!

I've found that cooking/baking has given me something positive to do with some of my spare time rather than just watching Netflix or something similarly non-productive. People at work have to eat, whether it's a snack or lunch, so I figured they might as well buy something from me and have the money go to a good cause (also saves them a walk to the shops)! Everything has just snowballed from the cookies, I made a vegetarian lasagne lunch, then one of my colleagues asked if she could make something to sell (she's since made something for each week of October as her way of donating to the cause), another colleague brought tarts to sell today and I've already got someone else lined up for a fortnights time. I think it's definitely worthwhile asking friends/family who have the ability to make or create something, if they'd be interested in donating anyway they can use their money to cook and then you can see that money triple or quadruple once sold as a finished product. I've even made a 30th birthday cake because someone at work liked one of the small cakes I made!

I'm lucky that I work at an Art & Craft retailer, and the supplier side of our business donated a bunch of old samples, etc. so we could sell them at work. I just set up a table in the lunchroom, sent an email to the office and voila! Everything was reasonably priced ($1-$10), and especially on this side of Christmas people are keen to buy gifts. Funnily enough, that's snowballed too, as people have been bringing in their own unwanted stuff from home to sell too. If you ask around, I think you'd find most people have at least a handful of things they've been meaning to get rid of and would be happy for you to take off of their hands.

A friend of mine is travelling to the US next week and has an opportunity to sell goods at a handmade fair, so we're in the midst of frantically making Koala pom poms to sell for the cause. It's all about taking advantage of your own skills, using a bit of imagination and inspiring others to join you on the journey!

I've been sharing with people about everything from buying goggles to practicing at the pool to being super nervous about rocking up at ocean swim training to how much we've raised and what position I'm in... and thanking people, a lot a lot of 'thank yous', now it feels like I've got a whole team invested in my progress rather than just me. 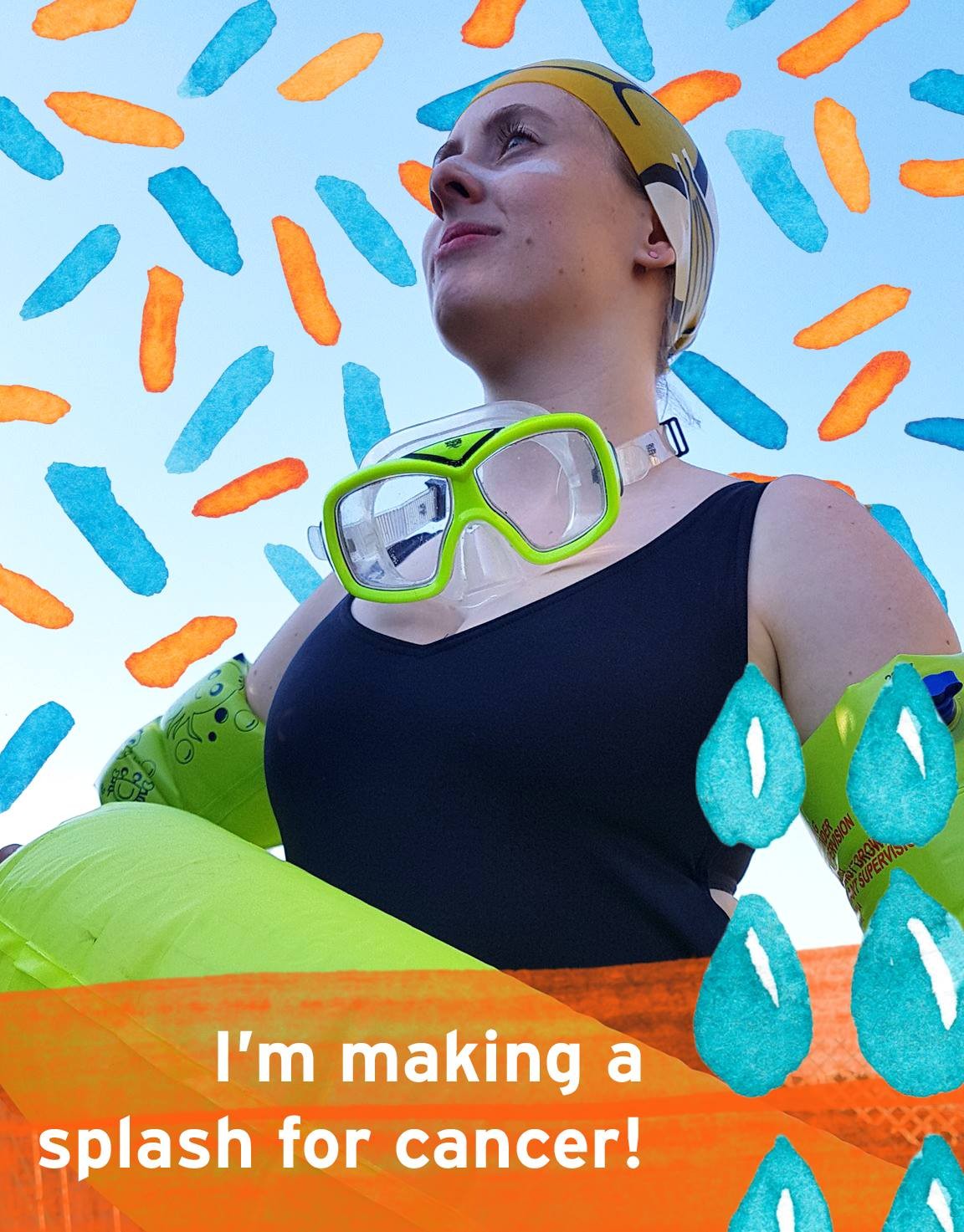