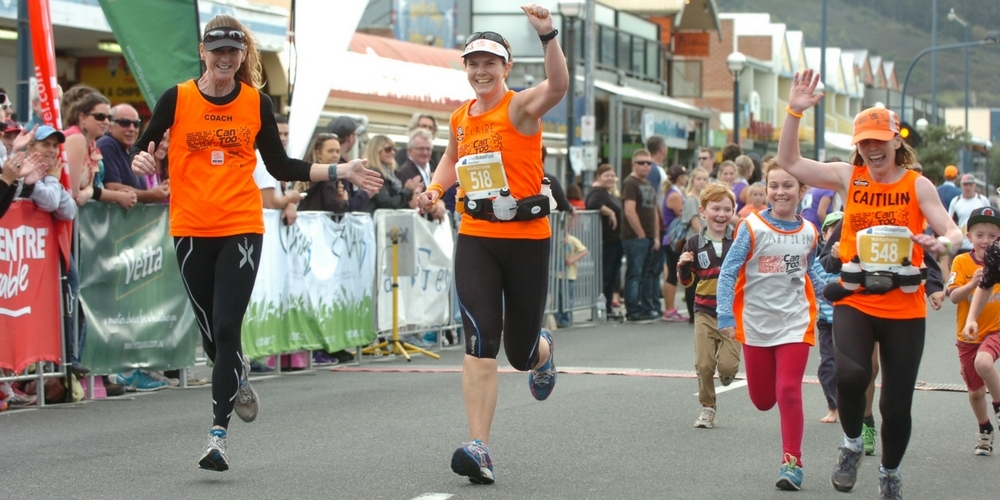 Given the variety of distances and events on offer over the weekend, there’s something for everyone and many people make it a weekend away, with family and friends running on either Saturday or Sunday and cheerleading for other runners in events across the festival weekend.

But the Great Ocean Road Running Festival is a very different event to your standard city running festival experience. It’s a unique kind of race that you won’t get at Blackmores Sydney Running Festival, the Melbourne Marathon Festival, or the Gold Coast Marathon.

For starters, the most notable quirks of the Great Ocean Running Festival are the 44km Marathon and 23km Half Marathon distances, slightly longer than the standard of 42.195km and 21.096km, respectively.

It’s still all about the festival experience: the Great Ocean Road Marathon starts outside the iconic Lorne Pub (of Pier-to-Pub fame) at one end and the home stretch lands runners across the finish line outside the Apollo Bay Pub at the other end.

It’s not a freeway-fast course set to the millimetre without hills or challenges, but as any runner knows a challenging course makes it a rewarding course. The beer at Apollo Bay Pub once you finish will taste better than any beer you’ve ever tasted before it.

If the brass bands and mainstream radio DJ’s pumping hip-hop along the course with paid dancers are the only thing that gets you through a road race, you won’t get that on the Great Ocean Road. 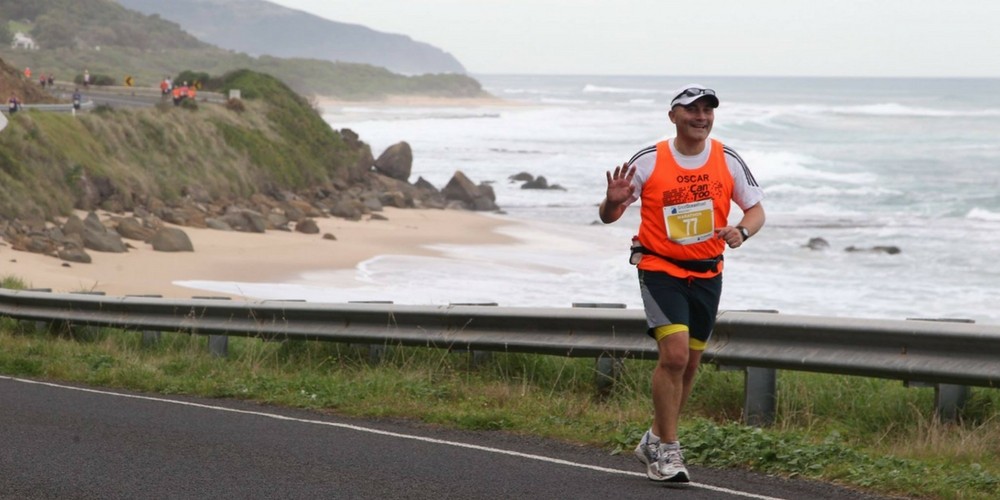 What you will get is country hospitality by the bucket-load, a course that takes some of the magnificent views and undulating landscape of the Southern Ocean, the chance to spot koalas along the way – you can make counting them a part of your mental strategy on race day! – and run the most iconic stretch of road in Australia that most other people go to great lengths to visit just to drive the length in a car.

The Great Ocean Road itself was built between 1918 and 1932 by returned servicemen, with the section of road used by the Marathon the last to be finished. It now forms the largest war memorial in the world, honouring soldiers killed in WW1.

For those aiming to improve their PB – or less interested in the pub-to-pub dynamic of the Great Ocean Road Marathon – there is an official marathon timing point at the standard distance of 42.195km at the entrance to the Apollo Bay township. There is also the opportunity to stop here and walk the rest of the way to the Apollo Pub. 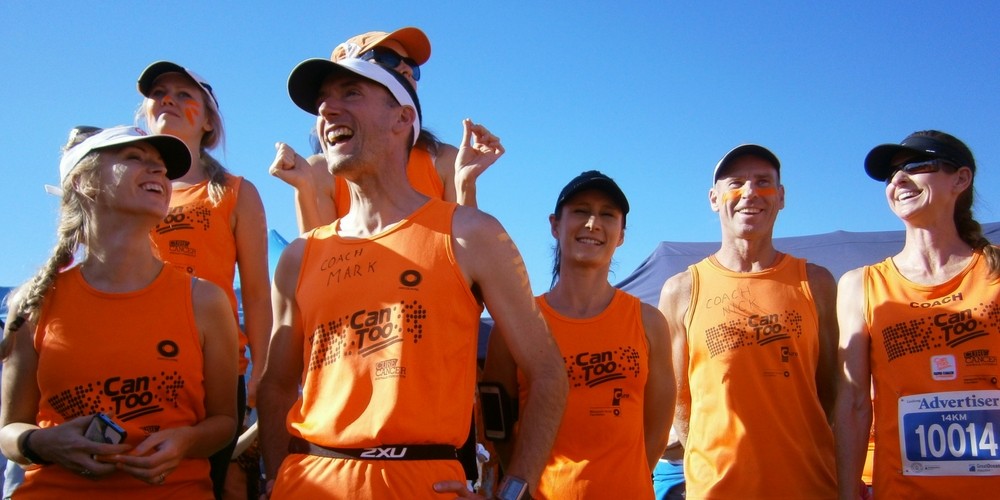 Running on Saturday 20 May

The event kicks off with the 1.5km Kids Run and 6km Run on Saturday morning with the Geelong Advertiser 14km Paradise Run starting after lunch at 1:00pm. The 14km Paradise Run is a beautiful run starting in the main street of Apollo Bay and heading inland across quiet farmland before dipping into the temperate rainforest that is a major feature of the Otway Ranges finishing at Apollo Bay Pub in the afternoon.

This is the opportunity for the marathoners and half-marathoners to cheer their family, friends, and spouses on as the compete the shorter distance making sure everyone gets to run some of the Great Ocean Road over the weekend.

Running on Sunday 21 May

The second day of the Great Ocean Road Running Festival is a little more uniform. Competitors for the 23km Half Marathon, the 44km Great Ocean Road Marathon, and the 60km Ultra Marathon, all leave at 8am sharp. The half marathoners leave from Kennett River and the Marathoners leave from Lorne Pub. All the competitors on Sunday finish at the iconic Apollo Bay Pub – one of the most picturesque and iconic pub locations in the country.

Many follow their run with a refreshing dip in the sea, only 100m from the finish line, and after freshening up, regathering for the traditional Can Too celebration at one of the local hotels for dinner. 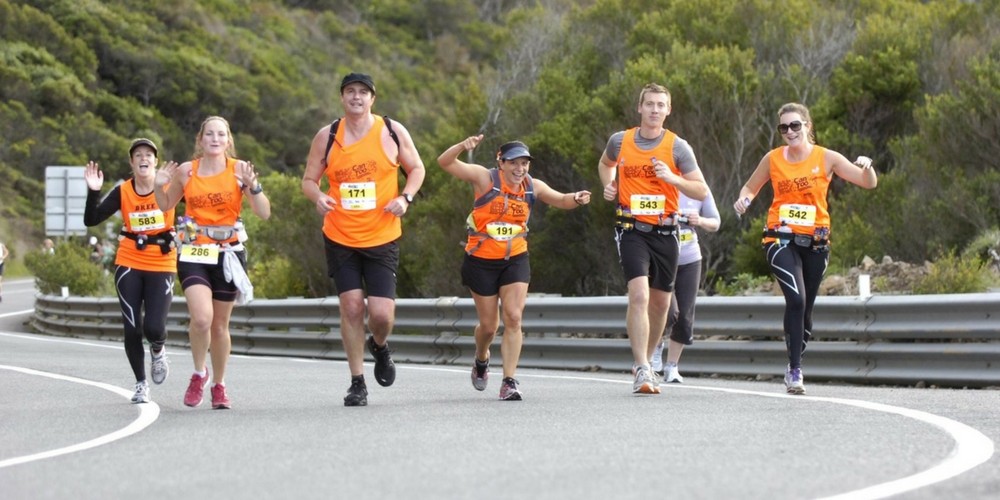 Stepping Down/Up to a “Half Marathon”

For those looking for a step down from the marathon distance, or a new twist on the “half marathon”, the 23km event offers a challenge for those who have completed an orthodox 21km Half Marathon and perhaps a taster to see if they want to step up in distance in the future.

Starting in Kennett River, the event covers the second half of the ‘Marathon” course and again there is a timing point to give you an official Half Marathon time before the final run in to the finish.

The opening sections of the course include a series of steady climbs and descents as the road winds from creek crossings at sea level to cuttings on the cliff tops, offering spectacular views over the ocean along the way. Aid stations are regular and well stocked.

While the race is very popular, the field tends to spread out a lot faster than a city race, meaning access to aid stations is much easier. After passing through the hamlets of Wye River and Kennett River, you may catch a glimpse of koalas in the trees over the road.

As the course progresses towards the finish in Apollo Bay, the hills fall away and the roads flatten out before the last triumphant parade in the final kilometres. The streets of the town are lined with families, friends and locals, all out to cheer on runners, quite a contrast to the serenity of most of the run!!!

See you on the Great Ocean Road.

Programs range from entry level distances such as 7km, 10km and 14km run programs and 1km ocean swims, to intermediate programs like sprint triathlons and half marathons, through to advanced programs such as marathons and trail runs.

Not sure which one is right for you? Have a look at all the Can Too programs we're holding in the upcoming year and secure your place today!