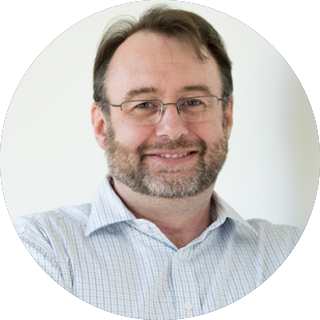 Professor Watkins is a clinician-scientist who trained in Perth before moving to the Kimmel Cancer Centre at Johns Hopkins University in the United States, where he worked for 11 years. He returned to Australia in 2009, and currently holds the positions of Director of the Centre for Cancer Research and Professor of Cancer Biology at Monash University.

The scope of his work is broad, encompassing tumour biology and epigenetics. He is particularly interested in understanding how genetic pathways can be used as treatment targets in lung and childhood cancer. These high-impact studies have led to international funding, multiple research awards and the delivery of new therapies into clinical practice.

In 2014, the Garvan Institute of Medical Research announced that Professor Watkins would be the inaugural Petre Foundation Chair of Cancer Biology at the Kinghorn Cancer Centre. This is a joint venture between the Garvan Institute and St Vincent’s Hospital which aims to bring research breakthroughs straight from the lab to the bedside.

In 2015 Professor Watkins was awarded two separate project grants from Cancer Council NSW. One of these projects is focused on osteosarcoma. Osteosarcoma is the most common primary tumour of the bone, and one of the leading causes of cancer death in children and young adults. Although relatively rare, osteosarcoma is a devastating diagnosis for both the patient and family, and a significant burden to society and the healthcare system.

Aggressive surgery and chemotherapy has increased 5 year survival rates from 10% to around 70%. However, these treatments often result in lifelong health problems. Moreover, the survival rate once the osteosarcoma has advanced remains very poor at less than 20%. The fact these rates have stagnated over the last three decades highlights the need for new and improved therapies to treat this disease.

In the first year of his research project, Professor Watkins has collecting some exciting data. His research team have uncovered two important genes drive the dependence of osteosarcoma cells on the Hedgehog pathway. They are now exploring how accurately these two genes are at identifying which patients will respond to the new Hedgehog therapy.

As part of his other research grant, Professor Watkins is investigating lung cancer, which is the most common cause of cancer death in Australia. The vast majority of patients with lung adenocarcinoma, the most common form of the disease, receive treatment based on the chemotherapeutic agent called cis-platinum. However, despite these efforts, less than 20% of patients will respond to the treatment. While cis-platinum can be very effective in other forms of cancer, little is known about why lung adenocarcinoma is so resistant.

In this project, the researchers will use the results of a whole-genome screen to identify new therapeutic targets that can dramatically increase the effectiveness of cis-platinum in lung cancer. In his preliminary data, Professor Watkins has already identified more than 30 molecular targets that, when blocked, increase the effectiveness of cis-platinum. Importantly, 14 of these targets can be inhibited by drugs that are already being use in the clinic for purposes other than treating cancer.

If successful, the results of this project will be used to expand the study into clinical trials, where the effectiveness of these new therapeutic approaches for lung cancer patients will be evaluated. Even a modest increase in the efficacy of cis-platinum chemotherapy could have a profound impact on the survival and well-being of lung cancer patients. Therefore, this research could directly lead to a significant translational outcome for patients with a common form of cancer, which currently represents a large unmet clinical need in our community.

Prof Neil Watkins was a Cancer Council NSW three-year grant recipient in 2015 supported by the Can Too Foundation for 2017.