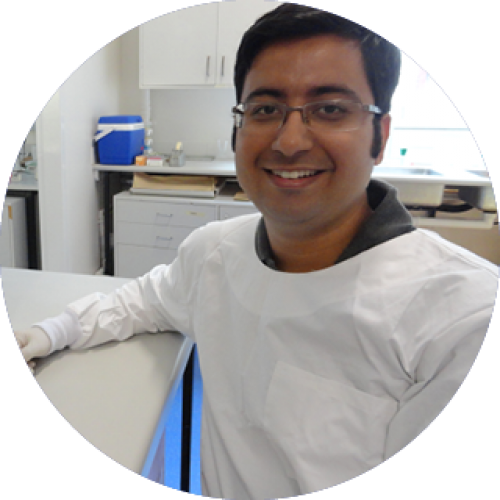 Pancreatic cancer is a major clinical problem, characterised by highly malignant tumours. Patients have the lowest five-year survival rate (5.2%) of anyone with cancer, and a person is more likely to die of the disease in Australia than from a road accident. Its global economic cost is around US$10 billion a year.

With current available treatments having such a high failure rate, 31-year-old University of Sydney researcher Dr Sumit Sahni seeks new, innovative treatments that specifically target the speed with which the disease metastasises.

Sumit aims to achieve this in part by building on highly promising work already completed. The postdoctoral researcher in the university’s Molecular Pharmacology and Pathology Program says that his lab has developed new anti-pancreatic cancer agents, one of which has already entered clinical trials, that target AMPK, a protein known to be involved in the maintenance of energy balance within cells.

With the support of the Can Too Foundation, he will now use these new medications to target AMPK-dependent energy pathways in the body and test how they, and the protein, react. “This will be the first study assessing the role of AMPK in the progression of pancreatic cancer in clinical samples,” he says. “It’s exciting because our studies could lead to the development of new, more advanced and effective drugs.”

Born and raised in New Delhi, India, Sumit completed his PhD in Chicago in 2011, and migrated to Australia to join the Sydney University team in 2012. During his high school years in India, his grandmother had had a paralytic attack, and the traumatic event motivated Sumit to pursue a career in medical research. In particular, in his graduate studies, he actively sought to investigate what he refers to as “a challenging research question,” and in the process became fascinated by the mechanisms by which cancer progressed and spread.

More recently Sumit has had more inspiration from being able to interact with pancreatic cancer survivors. “Talking with them has provided me with immense motivation to fight against this devastating clinical problem,” he says.

For people diagnosed with the disease he has a simple message – “keep hope alive, because new, ‘clinically relevant’ research options are in the pipeline. To ensure they keep coming, the Cure Cancer Australia grants are extremely valuable”, Sumit says. Not only will his own grant help him in his professional development, it gives him great personal satisfaction because it’s allowing him to pursue what he’s really interested in – with appropriate resources in place.

“It’s getting very hard to get an early-career grant,” he says. “As the scientific assessment is done by the National Health and Medical Research Council, it’s difficult to make reviewers understand that this is an early-career grant and should be assessed relative to opportunity.”

Like many of his peers, he laments the fact he must constantly invest significant time writing grant applications rather than doing the work that matters.

Married with a young son, when not engaged with his work Sumit is interested in politics and current affairs, and whenever he gets a chance he loves to play table tennis.

Meanwhile everything happens for a reason, he believes, and is “always good for you in the long run.”

Dr Sumit Sahni was a 2017 Cure Cancer Australia grant recipient supported by the Can Too Foundation.