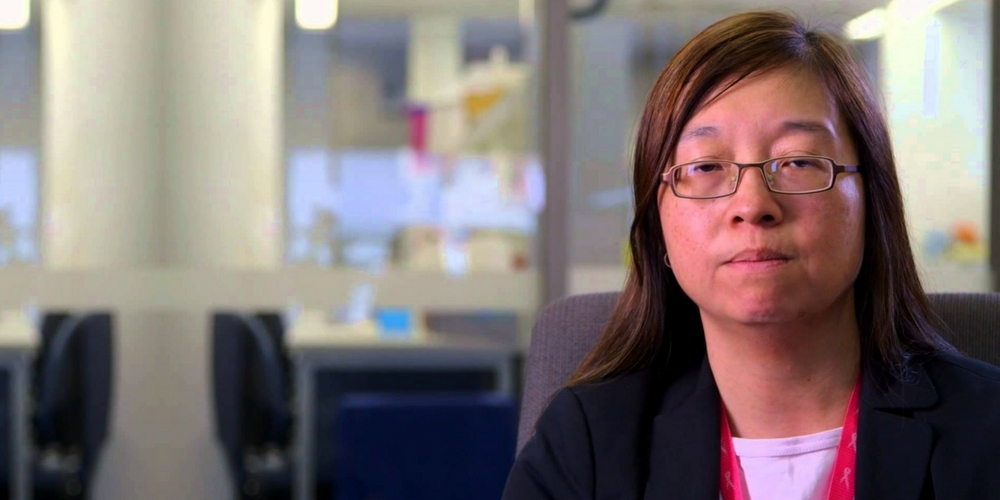 October is women’s cancer awareness month, we've profiled Dr Patsy Soon for our October Research Spotlight. Patsy has been funded twice by the Can Too Foundation with major beneficiary Cure Cancer Australia  for her research on breast cancer. Patsy is also a practising breast surgeon and is able to bring her findings in the lab to her clinical practice and vice versa.

Invasive breast cancer is thought to arise from pre-cancer, an accumulation of cells also known as ‘ductal carcinoma in situ’ (DCIS) that has the potential to progress to full blown, invasive cancer if left untreated.

“If we can find a way to identify factors that cause the progression from pre-cancer to the disease we can stop it, and treat patients in a much less aggressive manner" says Patsy.

In her clinic, Patsy has noticed that patients whose breast cancer recurs early often have the “triple negative” subtype of the disease, which is resistant to therapy and has a generally poor prognosis. “These are women who have families and for whom recurrence can be devastating,” says Patsy.

Patsy's research has focussed on a type of cell in the body that supports cancer cells known as cancer-associated fibroblasts (CAFs). Along with her collaborators, she has identified some chemicals produced by CAFs that make the cancer cells more aggressive. “We’re interested in studying the CAFs from triple negative breast cancers to find out more about what makes the cells more aggressive and therefore develop new targets for future treatment,” says Patsy.

Patsy spends half her week seeing patients and the other half researching better treatment options. As a translational researcher, Patsy is able to identify areas in treatment of patients which could be improved and which require further research.

“I have a passionate interest in doing more research that will improve outcomes for these patients,” Patsy says.

“To that end the Cure Cancer Australia grant supported by the Can Too Foundation was a vital step that helped give me the independence to run my own research.”