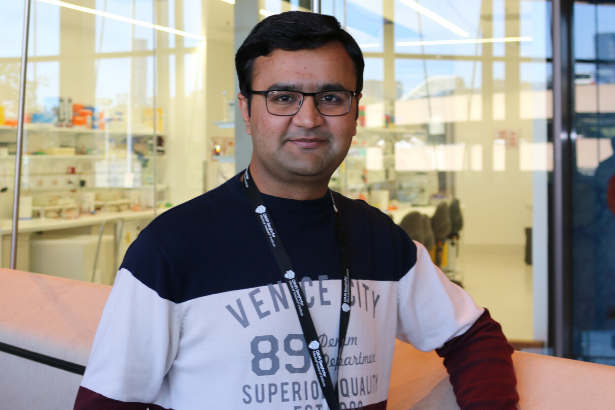 Prahlad’s research is focused on identifying novel molecular targets for therapy. He is also studying the molecular mechanism that may cause drug resistance in patients, and identifying ways to overcome “chemoresistance” in cancers. Currently he is investigating triple negative breast cancer, a very aggressive form.

There’s obviously an urgent need to develop new treatments for triple negative breast cancer, which is difficult to treat, he says, and has a five-year survival rate of around 77 percent compared with 93 percent for other breast cancer types.

“These tumours don’t express hormone receptors like other types of breast cancers and therefore can’t be treated by anti-hormone therapies,” Prahlad observes. “The mainstay of treatment is chemotherapy, which triple negative patients respond to initially. But the disease then relapses within a short period and doesn’t respond to the same treatment again.”

Moreover patients have a mutation in a gene known as TP53. No targeted therapies are currently available for forms of triple negative breast cancer associated with mutant forms of this genes, he says.

“We identified a gene which is amplified more in mutant p53 triple negative breast cancer and . . . a specific inhibitor which selectively kills mutant cells. I’m testing the anti-tumour activity of the inhibitor alone and in combination with other drugs to target the disease.”

His results have already shown that the inhibitor identified suppressed the growth of the cancer in various pre-clinical models as well as primary tumours. These findings will lead to more investigation and a drug in clinical trial, he adds.