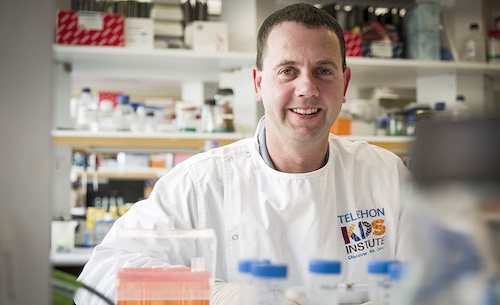 Dr Jason Waithman obtained his undergraduate degree from Oregon State University (USA), which was followed by employment at the Walter and Eliza Hall Institute in Melbourne.

He moved to Europe for 3 years working in various laboratories in the United Kingdom before completing his PhD at the University of Melbourne. Two post-doctoral appointments followed at the Walter and Eliza Hall Institute and Ludwig Institute for Cancer Research.

Jason recently joined the Telethon Institute in 2012 and his group focuses on understanding and modulating the immune response to cancer.