I am obsessed with the ocean and, when I moved to Sydney in 2007, I started to explore as much of its coastline as possible.

I took lazy laps in the North Narrabeen Rockpool’s delicious emerald-green. Swimming in the Cabbage Tree Bay Aquatic Reserve near Manly my heart started pounding as a dusky whaler shark flashed past. At Clovelly I was startled by the famous gigantic blue groper.

Of course, I swam at Bondi Icebergs, although I always preferred overcast days when the skinny, preening sunbathers were elsewhere. At Bondi, I prayed for calm waters and dipped in diligently between the flags at the north end of the beach.

I returned again and again to McIvers Ladies Baths in Coogee where I spent more time resting my elbows on the edge and daydreaming as I looked out towards Wedding Cake Island than actually swimming.

What I didn’t know then was that the ocean and, ultimately, the Can Too Foundation, would throw out a lifeline to me during one of the most challenging periods of my life.

In 2015, I ended a relationship with a man I had fallen in love with and hoped I would be with until I was grey and decrepit. “Joe” had told me he was a part-time sheep farmer and property developer with two children from his failed marriage. I met his children. I saw his drivers’ licence carrying a harbourside address. We enjoyed swimming together during weekends away — on the Hawkesbury River, at Mackerel Beach and near Bruny Island in Tasmania.

Joe told me that he was thinking about commitment again; that he imagined us together when we were old. But he always had excuses about why he had to cancel our dates or why I couldn’t visit his house. They were very plausible but, as his stories became increasingly nutty and contradictory, I started to wonder whether he was manipulating me.

And, as the months wore on, my anxiety levels grew until I was barely functioning. Eventually I decided that if I stayed with Joe, I’d end up in a psychiatric ward. Fourteen months after our first date, I dumped him, then dragged myself, sobbing all the way, for a swim at McIver’s.

Again, I rested my elbows on the rocky edge of the ocean pool and looked out to sea. There were swimmers way out beyond the break, stroking towards Wedding Cake Island. I watched them with envy; no matter how much time I had spent in and around the ocean, this feat, swimming way out in the sea, seemed so impossible. It seemed to me to be something that other more adventurous, brave and fit people did. I could barely swim 50m.

Around the time I started to write a book about my ex-boyfriend, who I had discovered was bankrupt, had a criminal record for a fraud-related conviction and was a con artist, I learned about the Can Too swimming program. I signed up immediately for the 1km Ocean Swim 2019 program.

That’s not to say I wasn’t still doubtful about my capacity to swim even 50m without stopping, never mind managing a kilometre in the open water, but within a few minutes of sitting down by the side of Prince Alfred Park Pool on the first day of training, I realised that the fabulous team of people assembled to help me achieve my goal — Coaches, Team Captains and Mentors — were going to get me through it.

And those incredible people — Emma, Sarah, Gary, Tim and so many others — couldn’t have known as they corrected my dodgy stroke, or my position in the water, or pushed me to keep going when my breath and energy were failing me, that they were also helping me recover from my traumatic experience with Joe and contributing to the motivation I needed to write Fake: A startling true story of love in a world of liars, cheats, narcissists, fantasists and phonies.

Slowly, I started to see that, thanks to Can Too, I might indeed be able to swim a kilometre in the ocean on race day. That’s not to say there weren’t terrifying training sessions. I remember one at North Bondi when the waves were mountainous grey mouths with teeth and the water was icy. Diving under the waves took me into a turbulent underworld, a dark swirling mess of sand and spume, and I felt the surging power of the water above me.

But Can Too taught me how to deal with those difficult days, to just keep going and going, and also that waves can be our friends — they can take you to the shore.

There were also utterly magnificent days. I will never forget one January swim with my Can Too pod at North Bondi. We let the “Bondi Express”, the famous rip near the rocks, carry us out. We paused near the boat ramp and just floated and my body felt weightless. I took a breath and let myself sink under the water, lower and lower, expelling bubbles, trying to catch and keep that moment of blue-green bliss.

I have now done two ocean swims with Can Too — the Malabar Classic and the Bondi Bluewater — and can’t wait to do another one. I’m even considering stretching myself — perhaps to try the 2km North Bondi Classic in 2021. The amazing thing is, three years ago before I discovered Can Too, it would never have occurred to me that I too could swim out the back, rather than just watching from the edge. 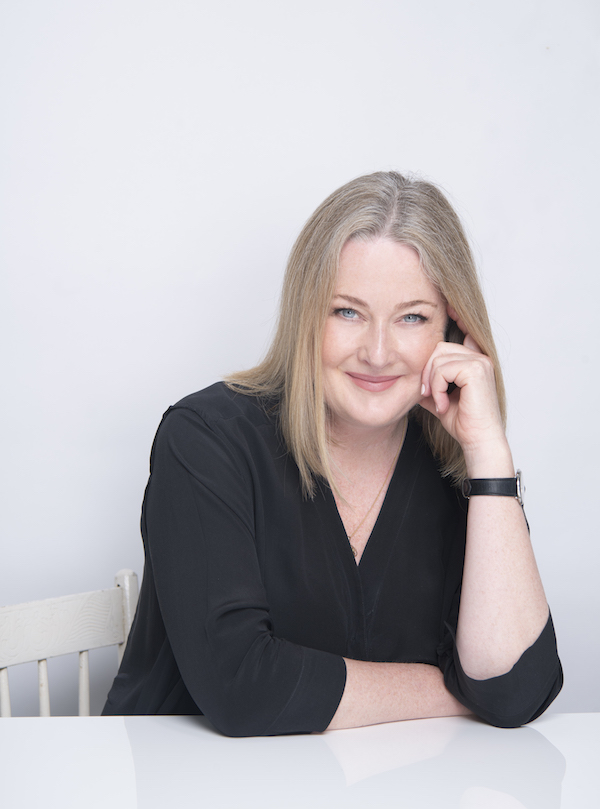 Stephanie Wood is a freelance journalist and the author of Fake: A startling true story of love in a world of liars, cheats, narcissists, fantasists and phonies (Penguin/Vintage Australia, 2019) 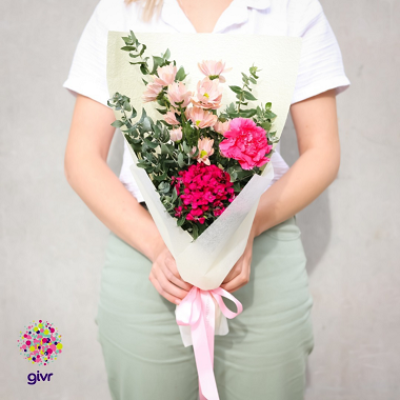 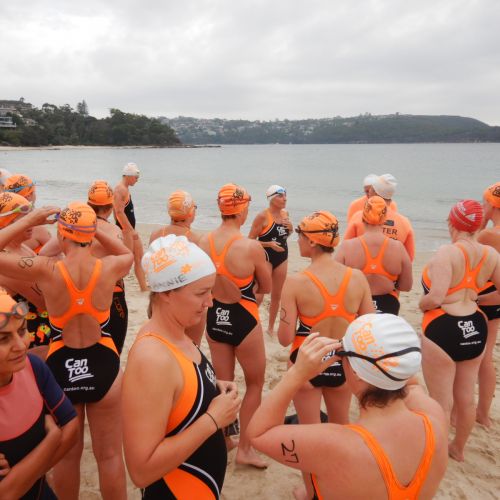 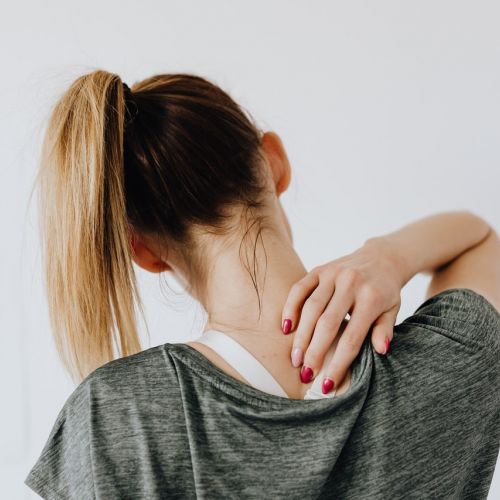 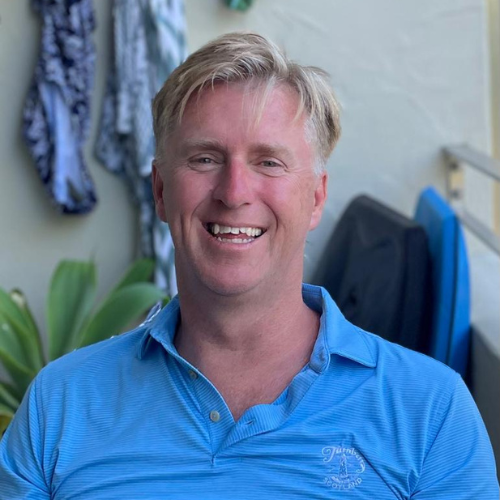 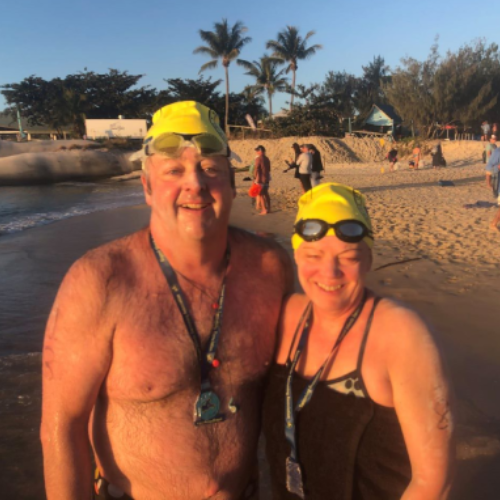 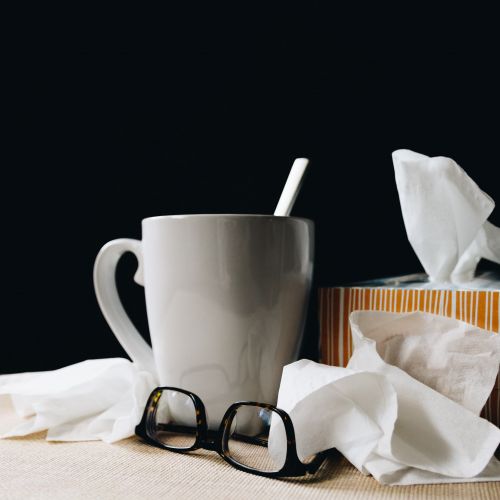