Can Too Cancer researcher Dr Merlot becomes a 2019 Tall Poppy

Cancer researcher Dr Angelica Merlot, who received funding from the Can Too Foundation in 2018, won the NSW Young Tall Poppy Science Award last night at a ceremony in Sydney.

The prestigious annual Awards, presented by the Australian Institute of Policy and Science, acknowledge excellence in research and commitment to communicating science to a broad audience.

Dr Merlot who also won the Harvey Norman Young Woman of the Year Award in March, was chosen by the Can Too Foundation to be a grant beneficiary for her work which has the potential to lead to more effective treatments for cancer patients and improve survival rates.

She has dedicated her career to the deadliest of cancers, pancreatic cancer, known as a 'silent killer' because it is so aggressive. It has an eight per cent and five-year survival rate.

Dr Merlot said that like many Australians, she has lost family members to cancer.

“It's their stories and struggles that encouraged me to get into cancer research," said Dr Merlot.

The Tall Poppy Awards received over 350 nominations, the most to date, from across Australia. A Scientia Fellow at UNSW Medicine, Dr Merlot, was recognised for her cancer biology projects that aim to better understand the mechanisms by which pancreatic cancer cells grow and adapt to their environment, why current treatments become ineffective and the development of nanoparticles to improve drug delivery.

Professor Maria Kavallaris, Chair of AIPS said the chosen Tall Poppies (Award winners) are helping to promote a scientifically literate society which can inspire a new generation of passionate researchers.

“A more scientifically engaged society is something every scientist should aspire to and the reason that Tall Poppy winners are so important,” said Professor Kavallaris.

The Award winners will all participate in education and community outreach programs in which they become role models to inspire school students and the broader community about the possibilities of science.

Dr Merlot, who leads a team of four at the Children’s Cancer Institute, said she was ‘very grateful’ to receive the award.

“This award gives me another great opportunity to engage with the public about cancer research and continue to encourage more young Australians to explore a career in science. These young scientists will go on to make Australia’s future brighter with their discoveries.” 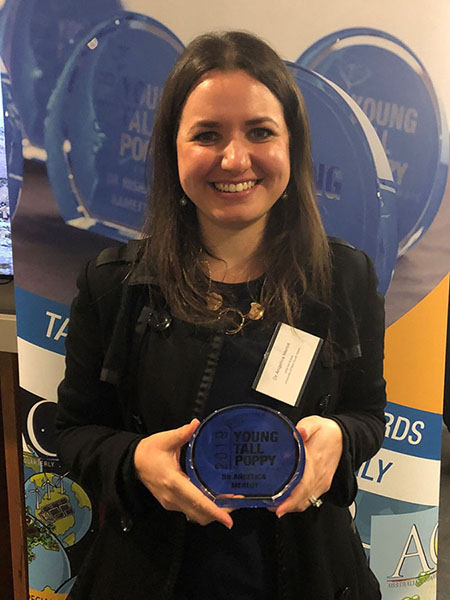 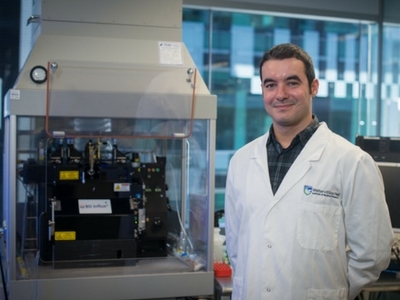 Start Your DreamJob As A Cancer Research...